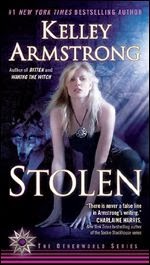 In this story, Elena is looking for information about werewolves.  She contacts someone who posted on the internet.  She goes to meet the lady at a tea room in Pittsburgh, PA. It turns out that the ladies she is meeting are witches.  Some people they know have been kidnapped.  The older woman Ruth is on a council of supernaturals.  She feels that the werewolves need to be warned of what is happening.
Someone on the council must have told the baddies about the wolves because Jeremy, Clay and Elena were attacked.  Eventually, Elena gets captured. She meets people from other races. How will she escape?  WIll the baddies get defeated?

When I first started this, I thought, "Oh no, Elena gets kidnapped again!" But I enjoyed the story and was happy with the ending.  I found out that Elena and I have the same birthday but I am 6 years older! How funny is that?

From the author:
When a young witch tells Elena that a group of humans are kidnapping supernaturals, Elena ignores the warning.  After all, everyone knows there’s no such thing as witches. As for the thought of other ‘supernaturals’, well, she’d just rather not dwell on the possibility.  Soon, however, she’s confronted with the truth about her world, when she’s kidnapped and thrown into a cell-block with witches, sorcerers, half-demons and other werewolves. As Elena soon discovers, dealing with her fellow captives is the least of her worries. In this prison, the real monsters carry the keys.

Excerpt:
Chapter One - Demonic
"Please tell me you don't believe in that stuff," said a voice beside my shoulder.
I looked at my seat-mate. Mid-forties, business suit, laptop, pale strip around his ring finger
where he'd removed his wedding band. Nice touch. Very inconspicuous.
"You shouldn't read crap like that," he said, flashing a mouthful of coffee stains. "It'll rot
your brain."
I nodded, smiled politely and hoped he'd go away, at least as far away as he could on an airplane
flying at several thousand feet. Then I went back to reading the pages I'd printed from the
believe.com website.
"Does that really say werewolves?" my seat mate said. "Like fangs and fur? Michael Landon?
I was a Teenage Werewolf?"
"Michael . . .?"
"Uh, an old movie. Before my time. Video, you know."
Another polite nod. Another not-so-polite attempt to return to my work.
"Is that for real?" my seat-mate asked. "Someone's selling information on werewolves?
Werewolves? What kind of people would buy crap like that?"
"I would."
He stopped, finger poised above my papers, struggling to convince himself that someone could
believe in werewolves and not be a complete nutcase, at least not if that someone was young, female
and stuck in the adjoining seat for another hour. I decided to help.
"For sure," I said, affecting my best breathless blonde accent. "I mean, like, werewolves are
in. Vampires are so five minutes ago. Gothic, ugh. Me and my friends, we tried it once, but
when I dyed my hair black, it went green."
"That's, uh—"