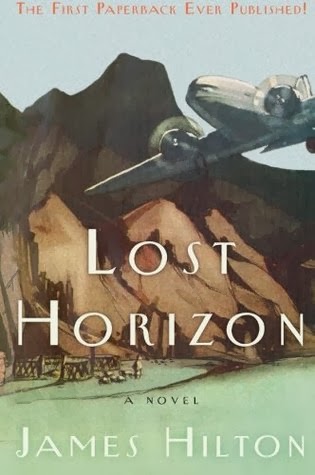 I loved the 1973 musical movie version (back in the day) of this novel. Photos after the except.

I was bored with this book. I kept waiting for the story begin. Perhaps I expected too much.
Four people - Conway, Barnard, Mallinson and Miss Brinklow -  escaped India when war there broke out.  Then they realized their plane has been hijacked. The plane crashes and the pilot dies before telling them why he took the plane.  The passengers see a group coming toward them. Yes, they are rescued by a group from a nearby lamasery called Shangri-La. They leave with the group and when they get to Shangri-La - no one seems very happy about it. Mallinson constantly complains about wanting to leave.  If this place is supposed to be heaven on earth why would they want to leave.
Conway learns from the High Lama that he was brought to Shangri-La to replace him.  But Mallinson convinces him to leave and that is how the story is told.  Conway runs into Rutherford a while after he leaves Shangri-La.  Conway tells him what happened and Rutherford wrote it all down. We as readers don't know what happened to Conway.  Did he get back to Shangri-La?

While attempting to escape a civil war, four people are kidnapped and transported to the Tibetan mountains. After their plane crashes, they are found by a mysterious Chinese man. He leads them to a monastery hidden in "the valley of the blue moon" -- a land of mystery and matchless beauty where life is lived in tranquil wonder, beyond the grasp of a doomed world.
It is here, in Shangri-La, where destinies will be discovered and the meaning of paradise will be unveiled.
Excerpt:

Cigars had burned low, and we were beginning to sample the disillusionment that usually afflicts old school friends who have met again as men and found themselves with less in common than they had believed they had. Rutherford wrote novels; Wyland was one of the Embassy secretaries; he had just given us dinner at Tempelhof—not very cheerfully, I fancied, but with the equanimity which a diplomat must always keep on tap for such occasions. It seemed likely that nothing but the fact of being three celibate Englishmen in a foreign capital could have brought us together, and I had already reached the conclusion that the slight touch of priggishness which I remembered in Wyland Tertius had not diminished with years and an M.V.O. Rutherford I liked more; he had ripened well out of the skinny, precocious infant whom I had once alternately bullied and patronized. The probability that he was making much more money and having a more interesting life than either of us gave Wyland and me our one mutual emotion—a touch of envy.
The evening, however, was far from dull. We had a good view of the big Lufthansa machines as they arrived at the aerodrome from all parts of Central Europe, and towards dusk, when arc flares were lighted, the scene took on a rich, theatrical brilliance. One of the planes was English, and its pilot, in full flying kit, strolled past our table and saluted Wyland, who did not at first recognize him. When he did so there were introductions all around, and the stranger was invited to join us. He was a pleasant, jolly youth named Sanders. Wyland made some apologetic remark about the difficulty of identifying people when they were all dressed up in Sibleys and flying helmets; at which Sanders laughed and answered: "Oh, rather, I know that well enough. Don't forget I was at Baskul." Wyland laughed also, but less spontaneously, and the conversation then took other directions.
Sanders made an attractive addition to our small company, and we all drank a great deal of beer together. About ten o'clock Wyland left us for a moment to speak to someone at a table nearby, and Rutherford, into the sudden hiatus of talk, remarked: "Oh, by the way, you mentioned Baskul just now. I know the place slightly. What was it you were referring to that happened there?"
Sanders smiled rather shyly. "Oh, just a bit of excitement we had once when I was in the Service." But he was a youth who could not long refrain from being confidential. "Fact is, an Afghan or an Afridi or somebody ran off with one of our buses, and there was the very devil to pay afterwards, as you can imagine. Most impudent thing I ever heard of. The blighter waylaid the pilot, knocked him out, pinched his kit, and climbed into the cockpit without a soul spotting him. Gave the mechanics the proper signals, too, and was up and away in fine style. The trouble was, he never came back."
Rutherford looked interested. "When did this happen?"
"Oh—must have been about a year ago. May, 'thirty-one. We were evacuating civilians from Baskul to Peshawar owing to the revolution— perhaps you remember the business. The place was in a bit of an upset, or I don't suppose the thing could have happened. Still, it DID happen—and it goes some way to show that clothes make the man, doesn't it?"
Rutherford was still interested. "I should have thought you'd have had more than one fellow in charge of a plane on an occasion like that?" 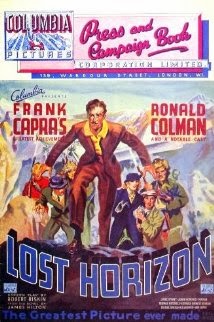 Here's some photos from the 1973 musical version of the movie. 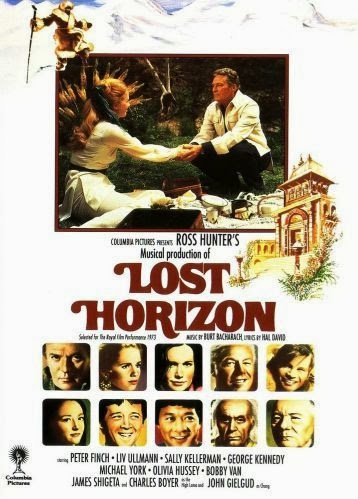 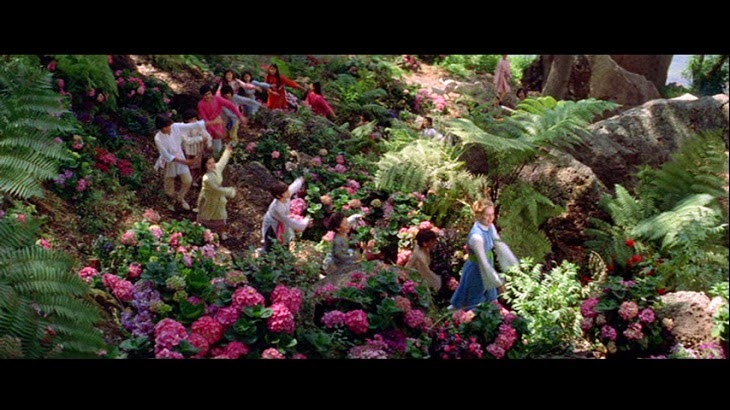 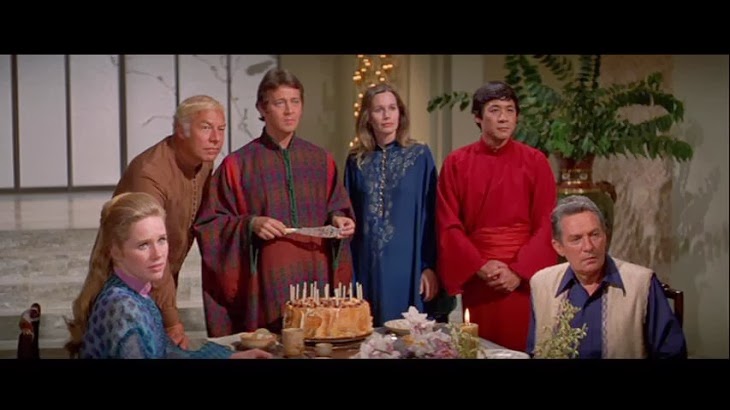 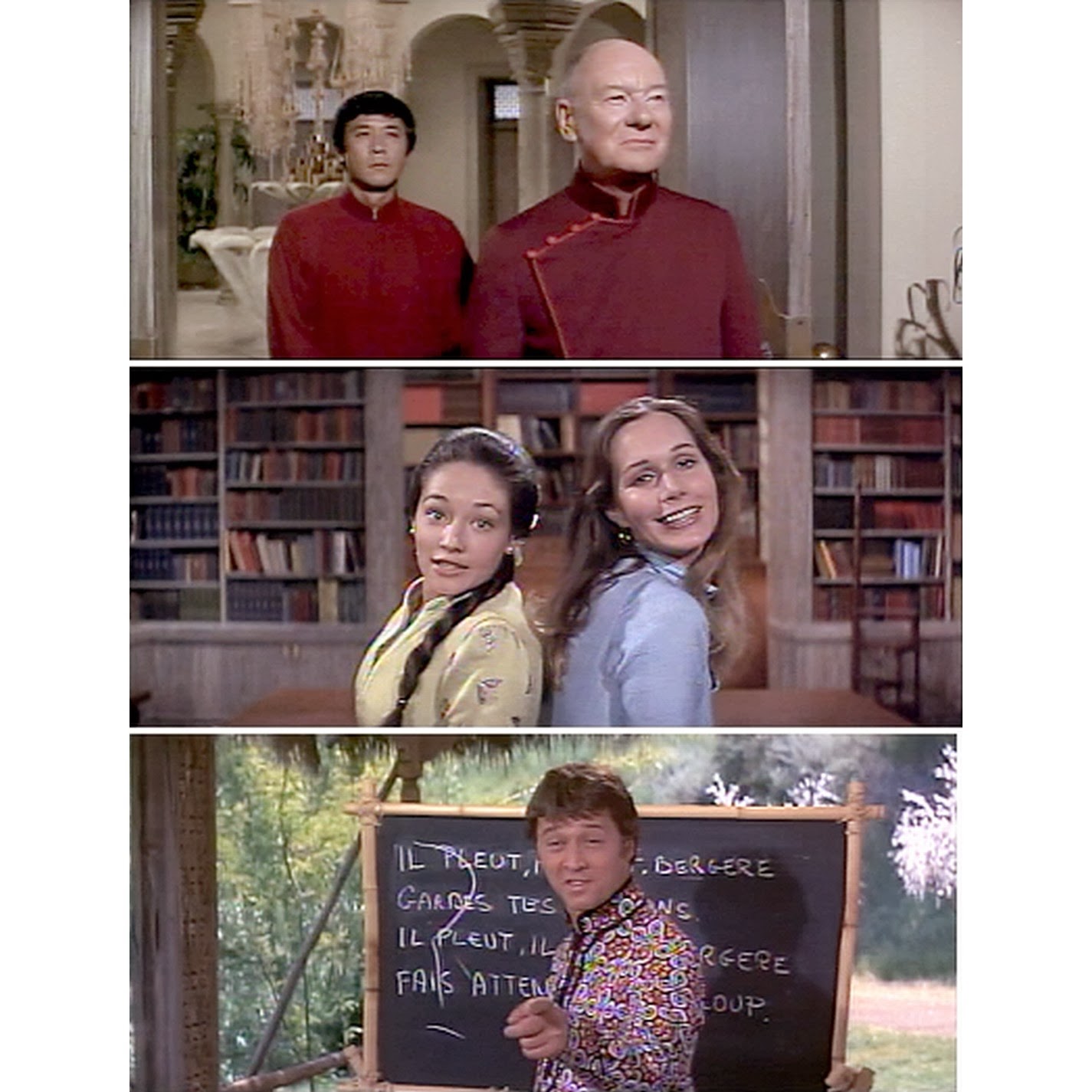 I read the HTML version (link above). But I am using the paperback page count.