The Keeping by Nicky Charles 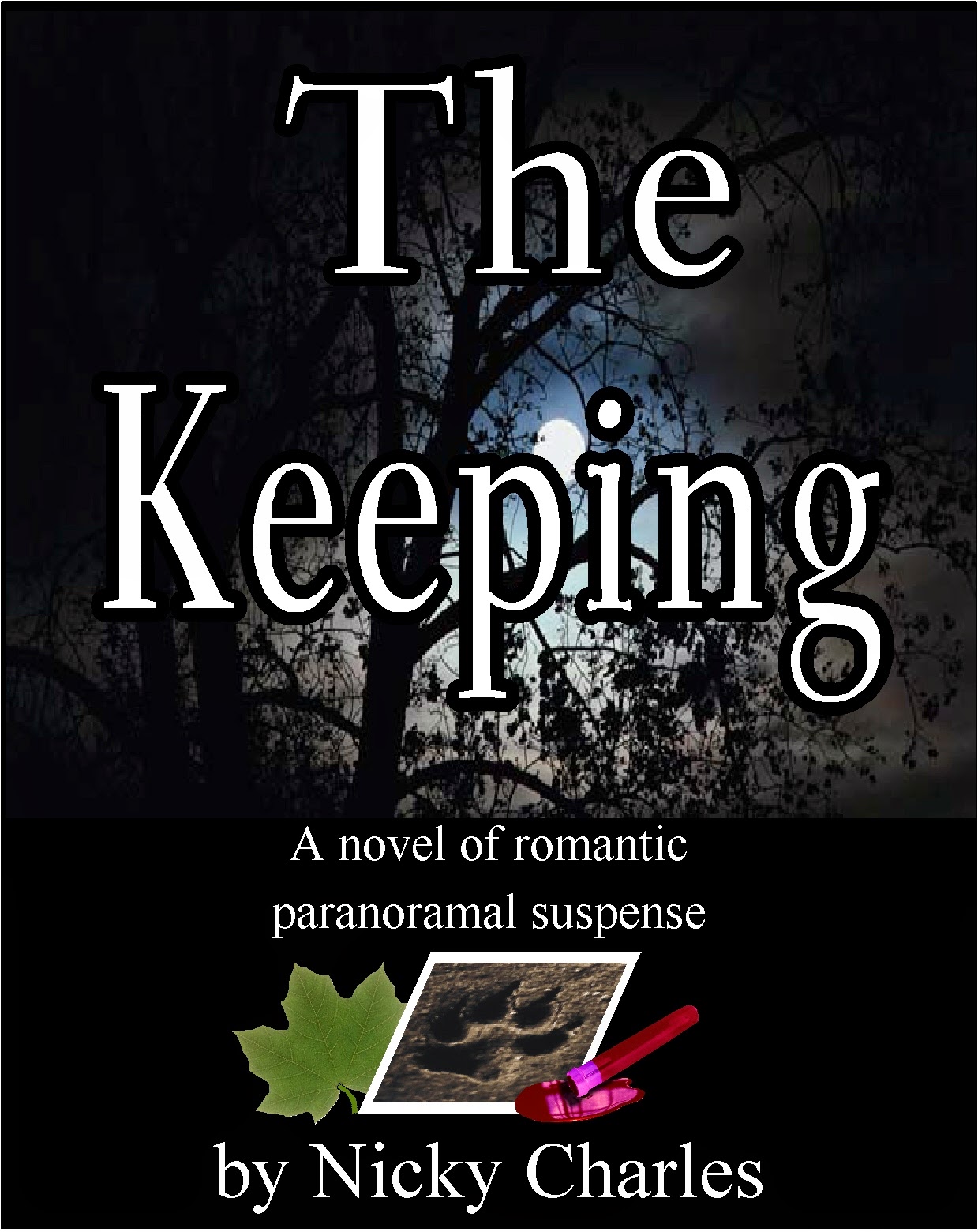 I got this book for free on amazon. It all starts with a photograph of a wolf taken by a man named Ryne Taylor. Mr. Greyson bought the photo and wants more information about the photographer. His lawyer, Aldrich, hires Melody Greene, a student getting her journalism degree. She goes to Oregon and searches for Taylor.  Then stumbles on his whereabouts and goes to Ontario. She tries and tries to get an interview with him. He is afraid that she will find out that he is a werewolf. But he cannot stay away from her or rather his wolf can't. He gives her some information but then finds out she is working for Aldrich.  Ryne says he will not talk to her anymore. She is stunned by his turnabout.  Mel thought they were getting along.  They were sleeping together. She goes back to Chicago pissed off.  Will Melody blow his cover? Read the book and find out!

I liked this story.  I read it in one shot.  Now I must read the rest of the series.

From the author:
Ryne Taylor was a sexy bad-ass Alpha set on establishing a new pack. Melody Greene was a journalism student researching his work as a photographer—or so she said. But could Mel really be trusted or had she stumbled upon his secret? And if she knew, could Ryne save himself and the pack he’d left behind without enacting a deadly ancient law known as The Keeping? A novel of paranormal romantic suspense. Sequel to The Mating. A SKOW winner for best M-rated romance.