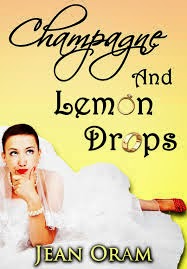 I got this book for free on amazon. It is the first in a series called Blueberry Springs. Beth is happy and engaged to Oz until he tells her he needs a break to find out who he is.  It seems he is unhappy working for his father as an accountant. Beth is stunned. So she gives the ring back and moves out to make him happy. She loves him to death and does not want to force him into a relationship only to have him leave her in a few years.
Then she becomes friends with the new doctor in town. Everyone is gossiping about them but nothing is going on. Oz does not seem to be getting anywhere but into a bottle. After four months, his mother forces Beth to come to an intervention and Oz gets angry with everyone, especially Beth. He dumps her completely in front of a group of people. She is brokenhearted.
It seems the whole town is blaming her and they are working against her. She tries to get a place to live because she is staying at her best friend - who happens to be Oz's sister, on the couch. She is stuck.
Beth and Nash the doctor become better friends and end up going to Paris together. they have a fling but it is over once they get back to Blueberry Springs. Things with Oz go downhill. Nash proposes to Beth and she says yes.  What is going to happen next??

One woman. Two men. One meddling small town.
Raised by her older sister in the small town of Blueberry Springs, all Beth Wilkinson wants is to create a family so big she’ll never be alone. Things are going great until her accountant fiancé, Oz, experiences a family trauma, forcing him to rethink everything from his own career to their nuptial plans—leaving Beth alone.
As Beth works to rediscover her former bold and independent self in hopes of reattracting Oz, she catches the eye of the charming new city doctor, Nash. Not only does he see her as she’d like to be seen, but he knows exactly what he wants from life—and that includes Beth.
Torn between the two men, as well as two versions of herself, Beth discovers that love and dreams are much more complicated than they seem.
A chick lit contemporary romance that will appeal to fans of Jennifer Weiner, Jane Green, and Meg Cabot, and will have readers wondering who the hell Beth should choose.
Excerpt:
Part 1: The Not Too Distant Future
(April)
Chapter 1
Beth worked to pull in a deep breath against her gown's sleek fit. If she could breathe
properly, everything would feel exactly the way she had always dreamed it would. She would
know, without a grain of doubt, that today was more than just a reaction to the events over the
past thirteen months. That this moment was her true destiny.
That this wasn't just a knee-jerk reaction. That she was marrying the right
man.
Because when life handed you an opportunity you didn't turn your back or drag your feet.
You made a choice and you leapt.
Did Cinderella hesitate? Hell no. That girl took the leap with both feet.
And right now, Beth was leaping. No parachute required. Both feet in.
Well, almost.
Her sister, Cynthia, stepped closer to adjust the veil around Beth's shoulders. She closed her
eyes as she breathed in her sister's familiar, reassuring perfume. "Here goes nothing, right?"
Cynthia shook her head with a smile. "You know, it's funny, I thought Gran and I would be
giving you away to—"
"I know." Don't say his name.
Cynthia added quickly, "I just didn't expect it."
"And I didn't expect Dad to be stuck overseas and unable to give me away."
"Sure you didn't," Cynthia said, shooting her a wry look. "He couldn't make my wedding,
why should he make it to yours?"
Beth stuck out her tongue. "He always liked me best." She clasped her trembling hands,
trying to force all thoughts from her mind. Bad Cynthia. Stirring up thoughts and worries. Bad,
bad sister. Beth concentrated on happy images of walking down the aisle. She and her hubby
would say their vows and live happily ever after in a nice home and have a family so big she'd be
surrounded by people—her people—just like she'd always wanted.
Cynthia fussed with the veil and Beth batted her sister's hands away.
She ignored Cynthia's raised eyebrow which meant she was trying to read Beth's mind. Her
snoopy big sister always had to know everything. Beth flashed her a smile. Cynthia relaxed,
tossing her head in a way that tousled her wavy hair leaving it sexy and perfect and making Beth
think of champagne and movie stars and an easier life. Beth patted her slick chignon and glanced
in the mirror. Maybe she should have left her hair down.
"You look fine, quit worrying," Cynthia laughed.
Shouts erupted outside and Beth turned to the window, her sister leaning over her shoulder.
"What's going on?"
Beth gave the foggy window a swipe with her hand. "I can't see anything." She plunked
down in the church's window seat, her dress puffing up around her like a sea of whipped cream.
Below, a flash of crows bobbed on the walkway. No, tuxedos. More shouts filtered up through
the snow-laden trees.
She stood again, pressing her nose against the cold glass to get a better look, and gasped.
This could not be happening.
Stupid pigheaded, testosterone-driven men!

Thank you for sharing my free book with your readers Joanne. I'm glad it kept you guessing. :)