Love in a Small Town by Zoe York 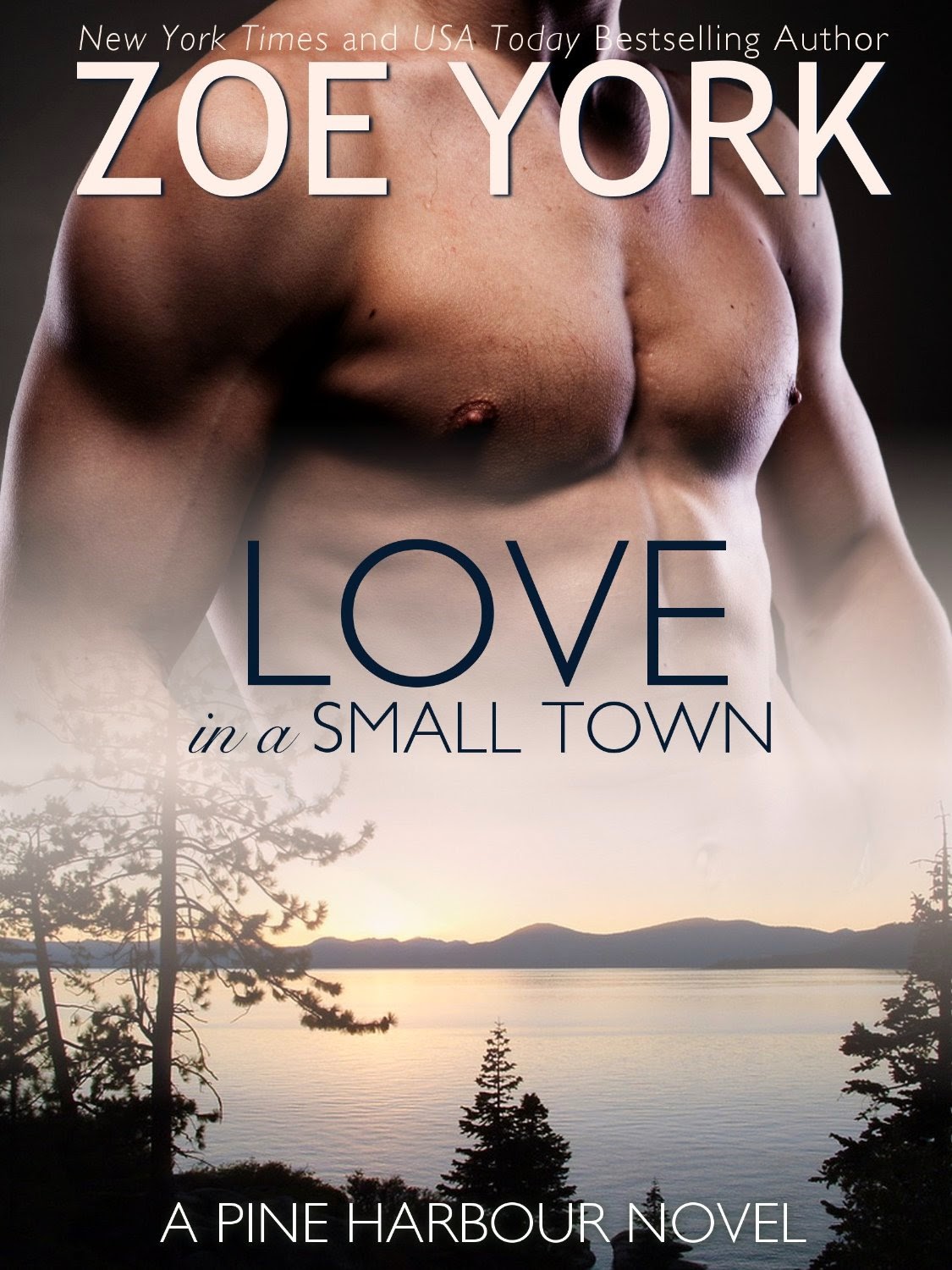 Pine Harbour #1
Olivia and Rafe were married but he never made time for her between his full and part time jobs. They divorced two years ago but can't get over each other. Olivia decides to move away. But a part time job opportunity scouting locations for a movie company has come her way. Maybe she can build up a nest egg before leaving Pine Harbour.

We learn by bits and pieces what happened to their marriage. He never spent anytime with her and then he accuse her of being needy. He asked for the divorce and she said yes.
Now he wants her back...was it because she said she was leaving the area? Will they manage to become the couple they need to be?

I enjoyed this story. It's an example of how people need to learn to communicate to solve their problems. Plus Rafe should have told his mother to back off his wife!

Six years. Two break-ups. One divorce.
They should be over each other…
Police officer and army reservist Rafe Minelli knows better than to tell his wife no, particularly since they aren’t married anymore. She can’t hightail it out of town, though, not when they’ve finally broken through the post-divorce cold war status quo.


Olivia Minelli needs to leave Pine Harbour. It’s just too hard to see Rafe moving on without her—even if he says he doesn’t want to. But when a new and exciting job falls into her lap, she needs to choose: protect her heart, or take the new job and risk getting emotionally entangled with her ex-husband. Again.


“You painted.”
“Yeah.” Because the warm yellow had reminded her too much of him.
“By yourself?” He turned around slowly in her living room, formerly their living room, an inscrutable look on his face.
“It was pretty easy,” she muttered. He’d taken half the furniture, which left a lot of room to move stuff around and create bare walls.
“I like the beige.” He was totally lying. Taupe, oatmeal, canvas … didn’t matter what she called it, he’d never wanted any neutral colours in their space.
“Have you made any other changes?”
“Uhm, I tiled the backsplash in the kitchen.” She pointed the way, which was stupid. They’d bought the house together. He knew where the kitchen was. Had made her coffee in it almost every morning for three years, even if he was gone before she woke up. Had perched her naked on the counter and knelt in front of her, licking—
“Looks good.” He glanced back at her, his gaze lingering on her pink cheeks for a moment. “A lot of good memories in here, huh?”
He couldn’t know what she was thinking, not exactly, but her breath caught in her throat nonetheless when he patted the counter. “Come here.”
She shook her head in short, choppy movements. Nuh-uh. They needed space between them. Loads of it.
“I’m  not going to bite, Liv.” His voice was low and rough, like he was actually promising to bite her all over.
“I’m not so sure about that,” she teased as lightly as she could.
He gave her a long, hard look before smiling ruefully. “Yeah, I wouldn’t take that bet. So what’s for dinner?”
And just like that, the mood shifted. “Beef stroganoff and a salad.”
He kept his distance as she worked on the salad, flipping through a newsmagazine on the table. When she pulled a bottle of salad dressing out of the fridge, he moved to take it from her. She noticed the pile of opened mail at the same time he did and cursed under her breath.
“What’s this?” He fingered the red flagged letter from the hydro company and she winced.
“It’s nothing. I just forgot to pay that bill.” She watched as he flipped the letter over and frowned.
“Three months in a row?” The incredulous look on his face told her he didn’t buy her excuse. “It says here they’re cutting off the power tomorrow.”
“I paid it last Wednesday,” she mumbled. “It’s fine.”
“The whole balance?”
No, just the minimum, but he didn’t need to know that. “It’s fine,” she repeated, swiping the mail from the counter and dumping it in the nearest drawer.
He shook his head. “Obviously not. I’ll give you some—“
Tight, angry words shot up her throat and she swallowed them back, holding up her hand instead. “No.”
“Liv, this is still my house, too. If the costs are too high—“
“Then it’s time we sell it. That’s the only conversation we’re going to have about money, okay?”
He clamped his mouth shut and leaned back against the other counter, crossing his arms. “I don’t want to sell.”
Even though it was her plan, deep down she didn’t want to either. Hot, sweaty memories of the night they moved in flooded her mind unexpectedly and she turned to the sink so he wouldn’t see the pink of her cheeks or the bright tears in her eyes.
“Where would you move?”
Pine Harbour didn’t have many rental options. Rafe lived in the only apartment building. There were two units above his mother’s cafe but that was obviously out of the question, and any house would be out of her price range.
He figured out her plan just as she opened her mouth to confess, and from the sound of his voice at her back, he was pissed. “You’re leaving.”

I wanted to stop by and thank you for your participation in the In the Middle Challenge last year. I have decided not to hosted the challenge this year, but I enjoyed all the participation last year.

Not sure this one is for me! I like 2nd chance romances but this one sounds ongoing! :)