Love in a Snow Storm by Zoe York 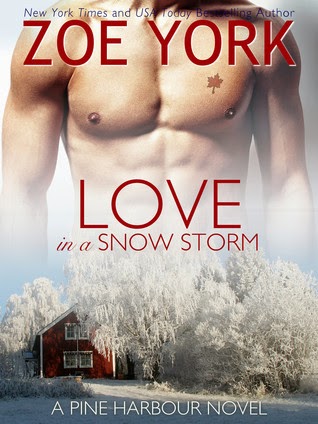 Pine Harbor #2
Dani and Jake want each other but he eight years older than she is. Plus his best friend is one of her older brothers who would probably beat him up just for the thoughts he has about Dani. Jake has been holding back his feelings. Dani doesn't like it. Olivia, Dani's sister-in-law, helps her make Jake jealous hoping that it will make him decide to act on his feelings.
Will it work?

From goodreads:
Contractor and army reservist Jake Foster fell in love with Dani Minelli when she was a colt-legged high school senior. He knew he was too old to even look at her, let alone touch.
Dani’s been trying to get his attention since returning to Pine Harbour a grown woman—and failing miserably at every turn.
This winter, everything is going to change. And when the snow stops falling, Jake and Dani won't be able to hide from their attraction any longer.