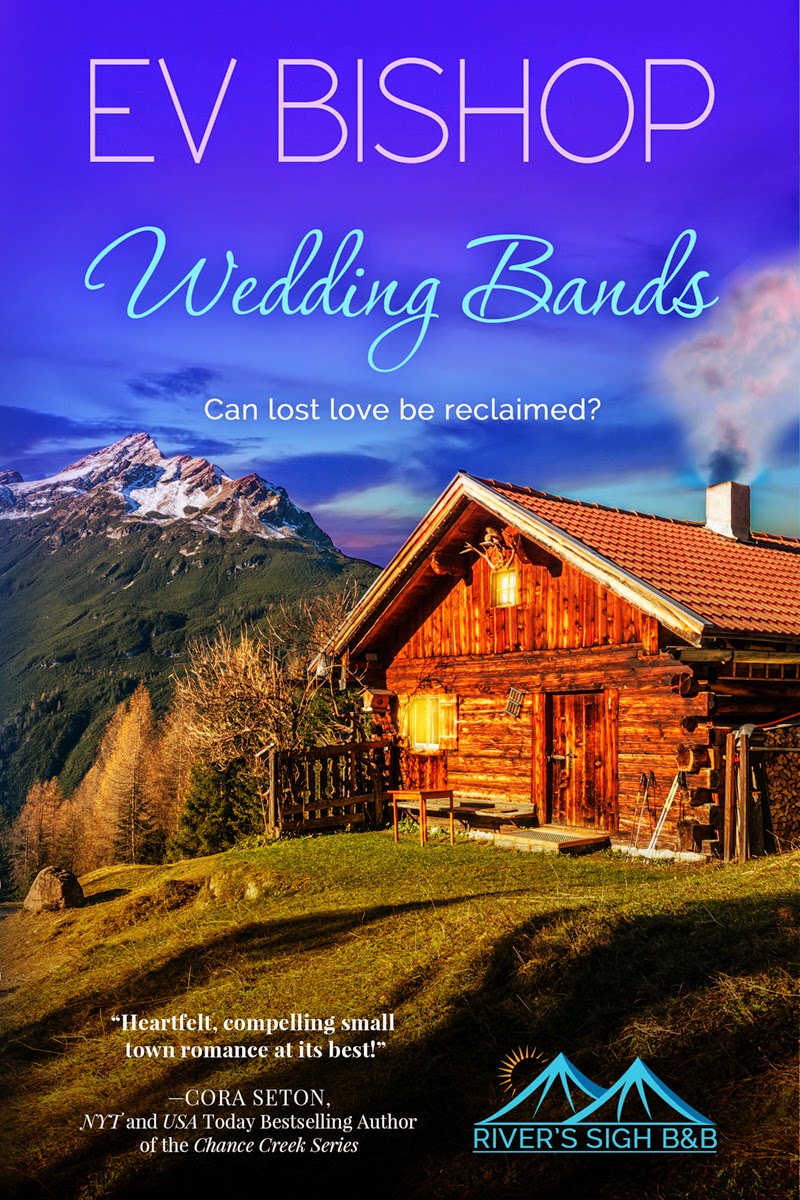 I loved this book. Jo is in love with Callum. They are supposed to run away to get married. She waits and waits and he never comes. Brokenhearted, she gets on the bus and goes on with her life.
About 16 years later, Jo's uncle died and left her and her sister Samantha, his property. Jo loved living there, in spite of her failed love story with Callum. She wants to fix the property and make it into a B&B for people love the outdoors. Samantha wants to sell the property. The ladies are fighting over this. Samantha gets a lawyer and brings him to Jo's. It's Callum. Jo is shocked to see him.
Jo and Callum start this thing with each other. Are they interested in each other? They are both hurt by what happened in the past and have not really gotten over it. Someone is feeding them lies about the other which they both fall for. Will they get it together and be together?

Since this is a new book, it will be awhile for the next in the series! BooHoo! I need to look aorund for more books by this author.

Ditched by her high school sweetheart, Callum Archer, on the night they’re supposed to elope, Jo Kendall casts out on her own, brokenhearted.
Over the years, Jo reels in a life she loves, centered on the outdoors, fishing (favoring a lucky wedding band lure), and her fine dining restaurant—a life that crashes away when her husband and business partner cheats her, leaving her bankrupt and alone.
Then her uncle dies, bequeathing Jo and her sister, Samantha, his rural property. Jo returns to Greenridge, determined to build a new business and permanent home—without the help of a man. Unfortunately Samantha wants her inheritance in cold, hard cash and hires a lawyer to get it for her, a lawyer who turns out to be none other than Jo’s long-lost love, Callum.
Jo’s fledgling plans—and her heart—are at risk once more.
If Jo can fight her insecurities, she might end up with a wedding band that doesn’t come with a sharp hook. But should she risk everything she’s worked for, yet again? Before she can decide, she needs to know: can a lost love truly be reclaimed?

Prologue
The Past
JO SAT ON THE CHILLY metal bench under the grimy shelter in front of the bus station for as long as she could, kicking up gravel with the scuffed toes of her sneakers and drawing designs on the fogged up glass. Where was he, where was he, where was he?
She doodled her and Callum’s names inside a heart-shaped flourish, then scrawled “True if erased!” beside it.
When she couldn’t hold still any longer, Jo hopped to her feet and paced, not wanting to go inside the building because what if he arrived and thought she was the one who hadn’t shown up? But it was raining harder now, and cold wind blew sheets of water into the shelter. She could care less if she was soaked to the skin usually, but the long bus ride would be uncomfortable if her jeans were soggy. Plus, she had to pee. Really bad.
She considered the cozy interior of the station—well, cozy by comparison to where she was now anyway—once more. Then looked up the street and down it. Callum’s red Honda Civic was still nowhere to be seen. And anyway, he’d said he was going to walk. It was getting darker, but there were streetlights. She could see all too well there was no one walking toward her in any direction. She cracked her knuckles. The movement sparkled under the streetlight, and she looked down at the delicate gold band on her left ring finger. A tiny diamond twinkled up at her. She rubbed it with her thumb and grinned.
“Callum,” she whispered. Then she laughed out loud. “Callum, hurry up!”
It boggled her mind that they were doing this. They were really doing this. They were running away to get married!
But at 9:30, Callum still hadn’t shown up and the bus was supposed to board at 9:48. Jo’s bottom lip had a raw groove in it from her teeth. A slow but steady trickle of people filed past her into the station to buy tickets, ship boxes, and say good-bye to departing family and friends. Jo’s bladder moved past discomfort. It was going to burst. And her heart might too.
She headed into the station and beelined to the washroom. The stall was cramped but clean. She relieved herself without finding any real relief at all. Why hadn’t he come? Where was he?
She made her way to the payphones on the back wall by the vending machines. Her sister Sam said one day people would have miniature phones they’d carry on them at all times to call people whenever they wanted. Jo always thought that was far-fetched. Who on earth had so many people to call that they couldn’t wait till they got home? But tonight, picking up the gummy receiver, she changed her mind. Personal phones weren’t a terrible idea. Maybe Sam was onto something.
Jo inserted her quarter and pressed each digit in Callum’s phone number with utmost care, like she was performing a ritual or charm that would bring them together—or not.